Where Can I Find Oracle Solaris Support for my Business? 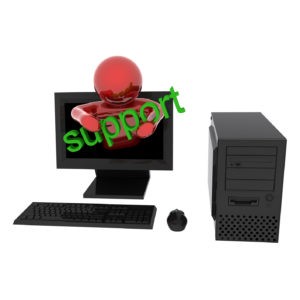 In 2010, Sun was acquired by Oracle; Solaris support has been in demand ever since.

Solaris first hit the market in 1993 as a proprietary operating system (OS), and since then, it has been known for its scalability (Oracle Solaris allows a developer to deploy a cloud environment).

The resurgence of Solaris began in 2010 with the advent of Solaris 11 Express, which was released soon after the Sun acquisition by Oracle. Since then, Oracle has release Solaris 11.1, 11.2, and 11.3. The last update, 11.3, was released in 2015. As software advances, availability of support for older versions varies.

How Long Can You Receive Oracle Solaris Support?

I’m New to Oracle Solaris – How Do I Learn?

Oracle provides several courses for learning Solaris, from guidance on migrating into the cloud for the first time to an overview of the various security features available with Solaris. If you prefer to learn on the go, tune into the Oracle podcast.

You can also subscribe to two different learning plans through Oracle–the basic plan (which includes a year of access to a variety of courses and modules), and a premium annual plan with additional features.

Where Do I Find Oracle Solaris Support?

If you’d like to get support directly from Oracle, you can sign up for one of the following three plans:

Should I Consider Third-Party Solaris Support?

Official Oracle support is helpful for IT professionals and Solaris users already familiar with the OS, but if you’re new to Solaris or need an expert to help you out, you should invest in 3rd party support. Solaris is an expansive and powerful tool; unfortunately, with its power comes difficulty. After all, there’s a reason certified Solaris experts are valued so highly in the workforce!

If you’d like immediate help with an Oracle Solaris migration, or if you have any other IT support needs, give Service IT Direct a call at 888-596-4720. We’d love to help you!