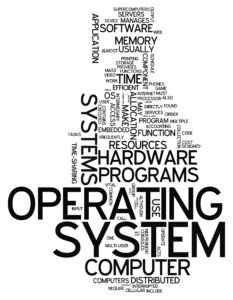 Solaris, a UNIX operating system developed by Sun, replaced SunOS in 1993. Sun is now owned by Oracle, and the system is sometimes referred to as Oracle/Solaris. The Solaris OS is known for its scalability and DTrace, a tracing framework that troubleshoots application and kernel problems in real time.

With other features such as ZFS (a combined logical volume manager and file system) and Time Slider, a graphics instrument for desktop users to restore individual directories and files, the UNIX system is an excellent choice for large mainframe computers and servers. Flash has fewer glitches because Solaris uses one basic set of media libraries and the OS makes a clone of itself when you update, allowing you to rollback to the previous version if you made a serious mistake.  Although complex to the less skilled user, it was initially created by Sun Microsystems, the developer of Open Office and Java, so most users will have some familiarity with Solaris basics.

Like all operating systems, regular maintenance is essential to keep Solaris running smoothly and trouble-free. A hardware and software maintenance team trained in Solaris OS management will acquaint themselves with your business and your IT infrastructure to keep things running smoothly – and correct any problems that may occur.  Proper maintenance includes having immediate access to replacement parts, from cables and fans to processors and memory.

Here are two  common Solaris errors and what produces them.

This error occurs when the processor references a location that can’t be accessed. Bus errors include:

These messages are generated by a process or an underlying kernel thread. SIGPIPE and SIGSEGV are examples. Trap messages are found in error logs and console messages, among other places. There are several files that can help determine the trap. They include /usr/include/v7/sys/machtrap.h for 32 bit hardware traps and /usr/include/sys/trap.h for software traps.

Service IT Direct offers maintenance on Solaris systems and other Sun/Oracle products. We have Oracle and Sun certified engineers to provide maintenance for Solaris software and a variety of Sun servers and Sun Enterprise servers.

Call us at 888-596-4720 to learn how we can help maintain your software, hardware and servers. We also provide storage solutions, data backup and disaster recovery.