Why You Need Oracle Solaris Software Support for Your Business Desktop 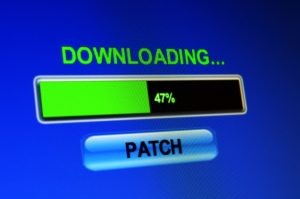 All business computer networks require constant upkeep and maintenance to keep them working smoothly and avoid missing deadlines. Oracle Solaris software, like all other operating systems, needs IT professionals to diagnose and repair problems that occur during daily network computer use.

What is Oracle Solaris?

Oracle Solaris software, a Unix operating system developed by Sun Microsystems in 1992, is now in its 11th version. Oracle purchased Sun in 2010, and the software is officially known as Oracle Solaris. The Solaris operating system is suitable for companies requiring a large number of CPUs. Dell, Intel, Fujitsu, and Hewlett-Packard support Solaris on their x86 systems.

Maintenance and Support for Oracle Solaris

Solaris software may occasionally encounter problems your employees can’t fix. That’s why hiring an IT company to provide software and tech support is important. An IT services company with experience in all versions of Oracle Solaris software. Remote software support 24/7 helps you solve productivity issues caused by slow-running or frozen computers and other issues.

Outside software support increases your company’s productivity and lowers expenses. An on-call staff of IT professionals has more accumulated knowledge regarding Solaris (and other software) than one highly-paid staff IT person. Even though third-party IT support reps aren’t right there with you in the office, they provide essential troubleshooting and repair via phone, chat and email. In some cases, they may even pay a visit to your office to replace equipment or conduct major repairs.

If you’re having problems with the Solaris network in your office, here are a few pointers to get the system working properly.

Service IT Direct offers software support for Oracle Solaris. Our IT maintenance and support professionals can help you with Sun/Oracle Solaris software versions up to Oracle 11.3 (and  any new versions released after it). Give us a call at 888-596-4720 to learn more about our IT support services for Solaris and other Oracle software