Here’s What You Need to Know About OpenVMS Maintenance 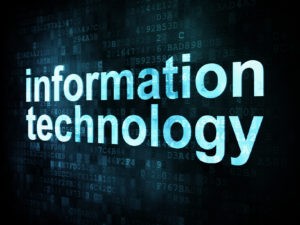 If you run an enterprise level business, you’re probably familiar with OpenVMS maintenance. Whether you need it for email servers, critical applications, or databases, OpenVMS is an old friend that you really can’t do without–even though it just quietly operates in the background.

Here’s a little bit of background to the operating system, as well as some reasons why OpenVMS maintenance is easier than you might think.

OpenVMS (virtual memory software) was initially released in 1977 to replace the now-obsolete VMS Operating system. It has a number of features that are attractive to large companies that can’t afford downtime; the batch processing capabilities allow data to be extracted quickly, and its capability for rolling updates and system distribution across multiple machines allows it to remain useful during both updates and disasters. Hospitals and manufacturing companies are two examples of enterprise-size companies that can’t do without an operating system for even a few minutes.

Basically, OpenVMS is a high-end operating system (OS) because of its adaptability during disaster recovery, high level of security, and transaction and batch processing. OpenVMS maintenance can be performed without disrupting the regular workflow of a large company.

VMS Software Inc. still owns the rights to OpenVMS software, and VSI is also the only developer (courtesy of HP)–contrary what the name may imply, OpenVMS is not an open-source software program, although rights can be purchased. The latest release of OpenVMS was on Sept. 23, 2016.

What about this software makes OpenVMS maintenance easier?

“Clustering” was one of OpenVMS’s original features that made it so appealing to enterprise size companies. What’s the benefit of cluster configuration in regards to OpenVMS maintenance? First off, you can perform rolling upgrades on the operating system rather than upgrade the whole thing at once.

Secondly, files can be accessed by multiple cluster nodes at the same time–an obvious benefit for large companies with several departments trying to access the same disk.

Security is another benefit of OpenVMS, due in part to a broad range of modifiers (including resource and subsystem modifiers). Other features that set OpenVMS apart at the time of its conception were batch processing and transaction processing.

Where Does That Leave OpenVMS Maintenance Today?

If you haven’t switched to a more modern system like Windows NT, and if you are still using OpenVMS for critical applications, mail servers, or workflow monitoring, you might need support and/or maintenance.

Our team includes knowledgeable OpenVMS experts who would love to keep your virtual memory system running at its best. Give us a call at 888-596-4720 to learn more.